This receiver has been restored - complete with dynamotor power supply - and is described in my article published in SIGNAL #56 Aug 2020:
→ The Bendix RA-1B aircraft radio receiver.

My restored RA-1B receiver system → click on picture to read about this restoration project. 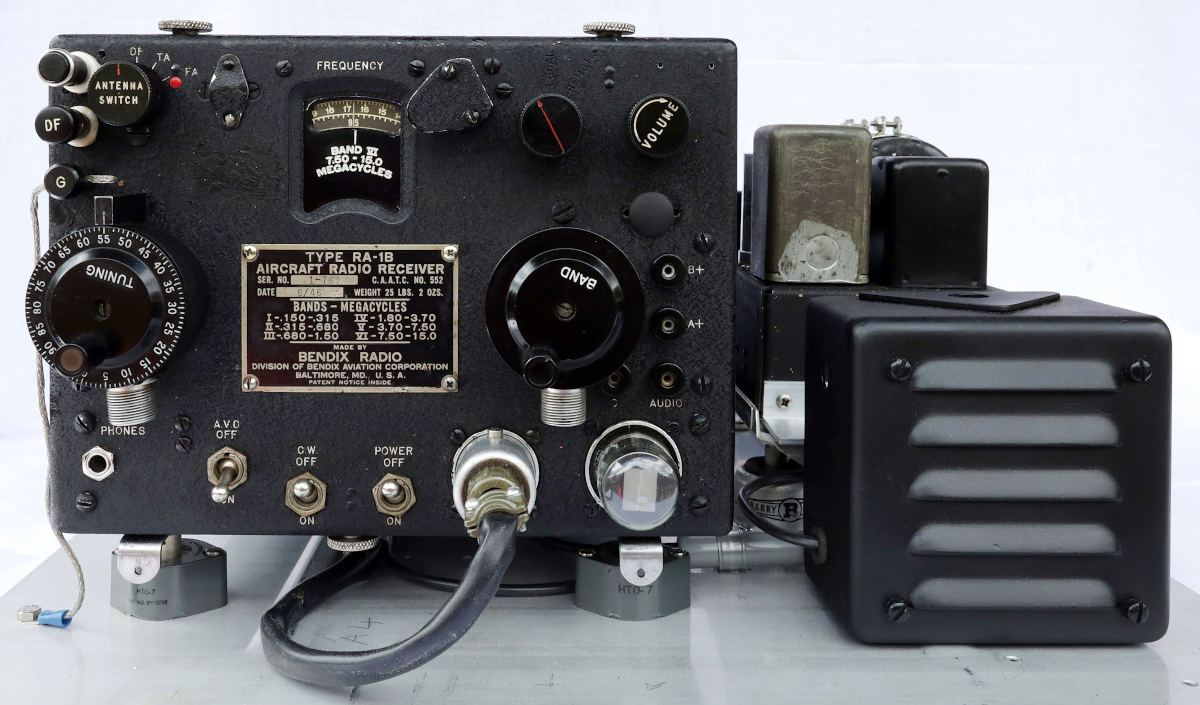 One over 90% completed project is a 671U-4 exciter - either -007 with flatpack or -010 with DIL ICs - and a 635U-2 preselector in a combined mount with new wiring and connected by cables are the control head 514A-4 and an amplified speaker (click here 76F-1 Speaker). The control unit is being integrated into a new operators shelf including e.g. audio DSP and a small DC-DC unit needs to be built to supply the speaker, the fans and the new control unit lights (5VDC).

The front panel of the 548S-3 has been modified to be identical to the 548S-5 wiring (single connector) and a test box started. Then I had to move the lab... Pictures and more wire lists of this project will follow. The list for the 990C-3x mounts is → here.

These units are rather exotic, a kind of hardened "Rolls-Royce" of the 718-HF system. As received the exciter and preselector units were clean and - except for one 635U-4 - showed no traces of repairs or problems. But who knows? The documentation is pretty unobtainium (still classified?) and quite a bit of reverse engineering is required. Furthermore I do not have a mount or the power amplifier.

For a start I had no connectors and no control box, so these needed to be fabricated. The connector assembly for the 671U-10 was made using individual pins and a control unit build started using a modular mobile radio chassis (it has since grown considerably).

In the meantime I have succeded in obtaining the proper control box, bought some proper connectors for the various units and obtained more documentation e.g. to allow me to construct and wire a mount, but that's still only how far the project has advanced. And I still have nothing on the 635U-4 preselector.

→ Click on the links above in the text to see some early pictures (on early pages).